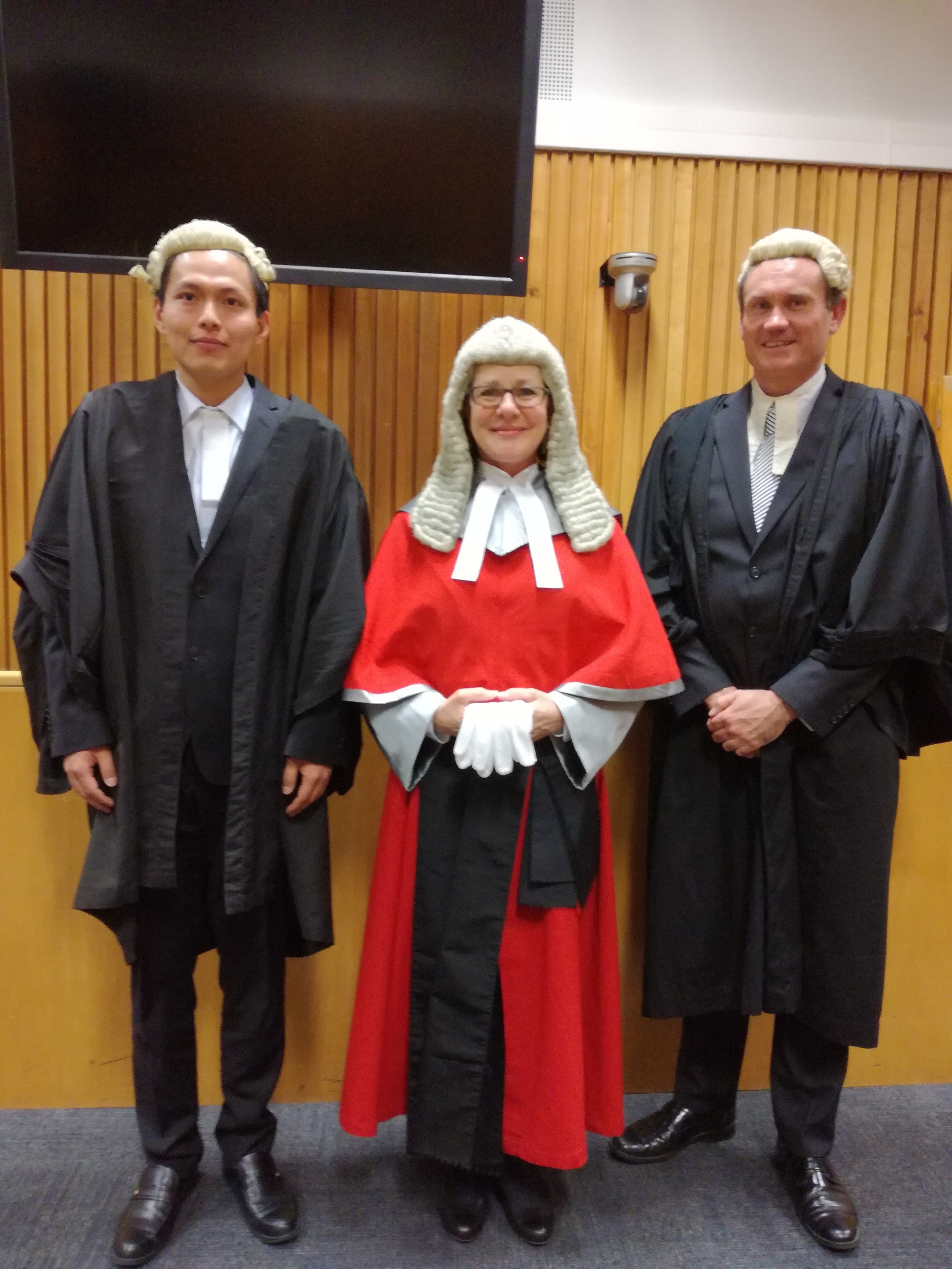 William Zhang (left) was admitted to the bar at a ceremony in the High Court in Gisborne on 7 July 2016.

Woodward Chrisp Partner, Adam Simperingham (right) was moving counsel and Her Honour Justice Karen Clark (centre) presided.  William, originally from Shanghai in China, is a graduate of the East China University of of Law and Politics.

After emigrating to New Zealand in 2011, he completed a law degree at Waikato University, graduating with first class  honours.  William came to Gisborne in early 2015 to complete a summer internship with the Police Prosecution Service. In summer 2016, he started an internship with Woodward Chrisp and is now working as a full-time barrister and solicitor with the firm.  William's wife Lavinia is working as a management accountant for LeaderBrand in Gisborne.  They have a four year old son, Kevin.